About the site creator

This site's content was written by Cearúil Swords. But if you are looking for someone to blame, then blame society. If you have thoughts or comments then feel free to get in touch. If you have something you would like Cearúil to work on or if you would like to collaborate with him then get in touch also. Keep on smiling :)
Follow Telifis Nua on WordPress.com 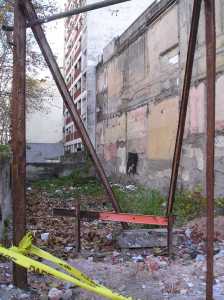 This week our presenters travel to Syria where continued fighting has seen large swathes of land fall out of the hands of the Syrian Government lead by Bashar al-Assad and the Ba’athist Administration. Holed up for a week in Aleppo they meet with rebel groups before going to Kurdish controlled areas and then to Homs to see how the Assad administration is coping with the changes of the past 5 years. It isn’t all political woe and challenges to power though as the team take in Umayyad Mosque and the Old City in Damascus and give you tips on souvenir buying.